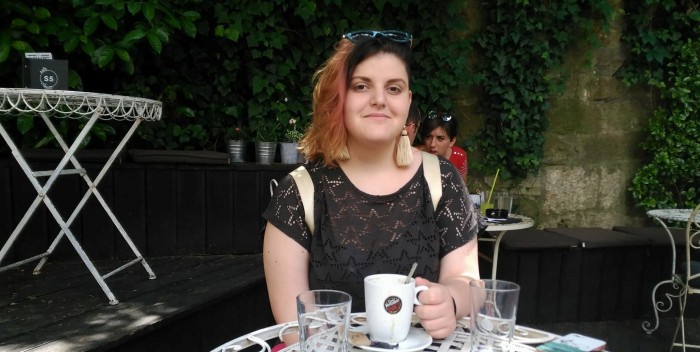 Chiara Čargonja is a Croatian journalism student. She is from Rijeka that is the principal seaport and the third-largest city in Croatia, after Zagreb and Split. She has received the journalism degree and now is studying journalism master at the University North. We met on a spring sunny day in Zagreb in a little and nice caffe. Chiara’s eagerness to know all the corners of the world, together with her personality, make her a person full of vitality, enthusiasm and optimism. Here comes an interview that I hope you will at least enjoy, as much as I did making it.

Which career are you following?

In which year of the degree are you?

I am in my fourth year. I am doing my master’s degree now and I am in my first year of it.

I think it is a good University because it is small, the working groups are also smaller and closer. In University North you can know the teacher and the teacher knows you, so you have a personal relation with all of them and I think that is a really positive factor of the education.

Do you have to pay for the university education? In Spain we must pay a lot of money for it.

No, we pay small taxes at the beginning of the year, but they are low. If you fail once the second opportunity will be expensive, so depends on the degree you make the price will be one or other.

How are you finding journalism?

Journalism is a nice profession. There is not only one type of journalism in which you can be qualified in. As a journalist you can work in different areas, so it is creative. I think that it is different from other jobs because you can work on the radio, on the television, in the public relations, in embassies… I think it really gives you a chance to find something that will suit you the best.

Was the degree of journalism the thing you expected?

I had never been sure that I wanted to be a journalist until I went the University North and there I discovered what the journalism means. Journalism is not just writing, is about contacting people, taking photos, taking videos, discovering world… For me journalism is interesting and full of adventures.

Are you planning to take part in Erasmus? If so, which country and why would you choose?

I am not planning take part in the Erasmus program because I have other different plans. I am going to apply for some work this summer, which means that I will be working in United States during a couple of months and after that I will travel for one more month. Then I am planning to move to Mexico and Cuba which is better because I love “latino” culture. So no, I am not choosing any country of the Erasmus plan.

Which countries have you visited?

So far, I have visited over twenty countries, mostly in Europe but I have visited four continents: North America, South America, Africa and Europe. The places I love the most are all in South America and they are: Chile, Argentina and Uruguay. And in Europe, if I must point one, I will say Ireland because Ireland has good beers and good whisky and I love their music and the landscape is green. So, I like this country of Europe as well. 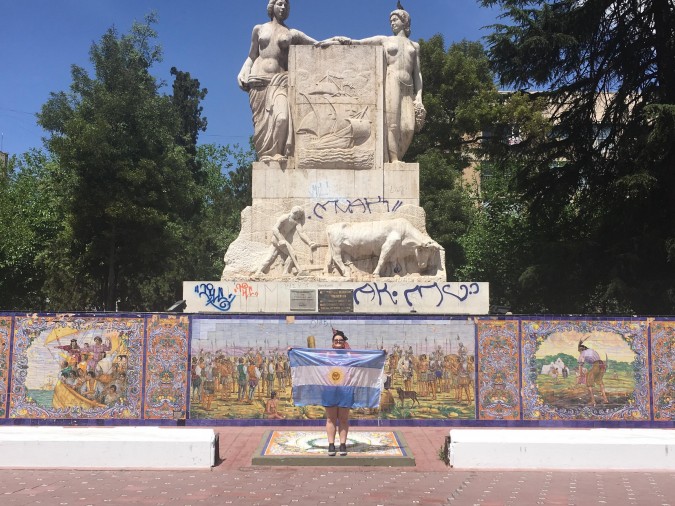 Which difference did you fined between the European and the Croatian journalism?

For example, with the Spanish journalism I am not really familiar but, I suppose that in Spanish and Croatian journalism are some similarities. We have a lot of news that are not important because Croatian people like to read about celebrities, where they work, where they live, what they dress, who they look like an some especial events… It is more likely that you can read something that is less important, and covered with a lot of photos, than some medical or political research. So, I think that is really something that is not just a problem of Croatia, it is more a global problem. Of course, they are much more Spanish media in Spain than Croatian media.

And if you compare South America and Croatia?

They are really different, people culture and everything is different. I like South America much more in spite of the fact that even their people say it is dangerous and that is true. There are areas that is dangerous to go during the night. But I think people in South America, even they have less, they are happy with their lives. There is not everything about money and about material values, they really know how to live even they are poor, and even when don´t have good salaries, good cars or good houses. They really know how to enjoy life, so they really enjoy dancing and singing in the streets. The streets are full of live, during all the hours of the day and also it makes the difference that they are always late, not like us, but there is something I just to know.

What things the traveling teaches you?

When you travel, you need to be prepare for situations that you don´t expect, it is not everything as you plan. For example, in my last travel my friend broke her phone, I broke my “maleta” (laughter), my suitcase. So, everything was going down but, even if you have those bad moments, your travel gives you good memories. I don’t think people should be scared of travel to South America because I think that is really nice, the nature, the people, the food is amazing, and they are really more hospitalable and more welcome than people in Europe, but that is my opinion. There everyone gave us their keys and they told us “mi casa es tu casa” so, it is like feeling a part of their families not just like guests or like a tourist. Is a beautiful experience – going into that culture and I will recommend that to all.

In which field of journalism do you see yourself in the future?

I will like to be a photojournalist and that will be something I will like to do the most but, also, I don´t mind about writing something online because I think that new medias are the future. I think the traditional media like television, radio and newspapers are slowly dying. Traditional media are still popular and they would be popular for ages but now everyone, and also the new generations, are concentrate on portals because everyone wants the news really fast, they want to know what is happening now and not tomorrow. So, I will like to work either in any portal or in any online media.

I will like to work in culture, arts, or sports but I don´t see myself in politics or economics. I think it is better to write in something you are interested in because you will be better writing on it, in this case you are doing it with your heart.

Where do you see yourself in the future?

I see myself as a photojournalist but that is because I think I am good with the camera, so I can better capture the moment than writing about it. But I wouldn’t mind doing some other things of journalism. I will also like to do some kind of job that requires of me to travel around the globe and take photos. It would be perfect. I will like to go to different areas to see different cultures, not just like travelling around Europe to its fancy places. I will like to visit Syria, even if it is dangerous, to capture all those things that are happening there. Every different culture is interesting to me.

I think I chose well – the journalism because once in the future when I finish my master’s degree it will allow me to do not just one type of job for the rest of my life, but to constantly change environments, changing peoples and places. So it would be not like I have one job and working hours from seven till the night and work just for the money that you can’t spend. I believe that journalism can allow me to enjoy life in my own way.

Thank you for giving me the opportunity to talk to you.

It has been a pleasure.