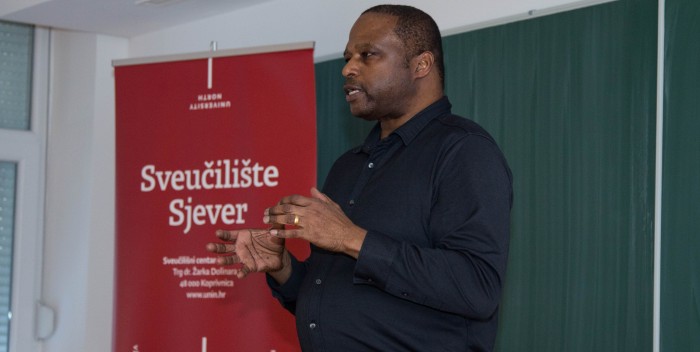 Magical realism is an approach to literature, and other forms of art, that weaves fantasy and myth into everyday life, a trend really influential during s. XX. It is often read as a genre of political subversion, just as the fantastic and magical elements are presented as normal, the standard structure of reality is put into question. Jeffery Renard Allen (american author, poet and essayist), during his lecture “Distortion: The Other Magical Realism”, held at Koprivnica, brought into focus the spot black culture has in magical realism and other art movements, and its political nature.

As more and more authors around the world took their cue from the ones of Latin America -its biggest representatives-, magical realism has become blended and conflated with other genres. Surrealism (which is more concerned with upending the accepted realities of the mind and inner self) and fabulism (which is known for putting fables and myths into a contemporary setting), are two of the more easily recognized genres that have become part and parcel of the magical realism mode. Ultimately, magical realism uses magical elements to make a point about reality. This is as opposed to stories that are solidly in the fantasy or sci-fi genres, which are often separate from our own reality. There is a distortion effect in the very fiber of the prose that forces the reader to question what is real and often opens up avenues of reality we may not have thought possible before reading the story. The realities being questioned can be societal, familial, mental, and emotional, just to name a few. Magical realism also presents different and unique literary traits such as the importance of the dream world, the use of the first person, second person, third person and omniscient narrators in the story, the non-linear and distorted timelines or the enhancement of the sensorial perception, for example.

The theme on which Renard Allen’s presentation was centered is Afro-realism -a genuine acknowledgment of the difficulties facing Africa, and the central role that africans must play in their own development-. Afro-futurism was also in the spotlight during the lecture, because of its natural connection to afro-realism. Afro-futurism is the reimagining of a future filled with arts, science and technology seen through black lens. To be considered Afro-futurism, it must be rooted in, and unapologetically celebrate, the uniqueness and innovation of black culture. Jeffery Renard Allen spoke about the past of black culture and black people (conveyed in afro-realism) to make a point about their future, and how it is vital to make room for them on it (developed through afro-futurism). 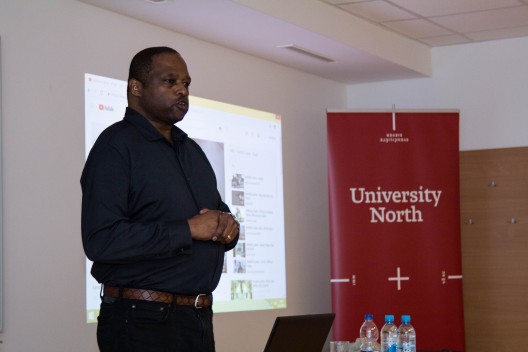 Black culture has been disregarded by society -unless white people could profit from it without recognizing its roots- for centuries. Renard Allen knows this all too well. As an american himself, he exposed the deep-rooted institutionalized racism that remains pervasive in this country to this day. He was not afraid of bringing up the topic of “black lives matter” (BLM), an international activist movement that campaigns against violence and systemic racism towards black people, that is especially relevant in USA. BLM regularly holds protests speaking out against police killings of black people, and broader issues such as racial profiling, police brutality, and racial inequality in the United States criminal justice system. The author also talked about the glorification of american history, a history build upon slavery.

To explain all these issues, Renard Allen didn’t dive right in. He built up a conversation with the audience during the lecture that allowed them to reach their own conclusions, even though he clearly set the path to follow. By explaining the influence some black movements (artistic and social) have had and still do, he made an approachable speech which finality is to educate.

The best thing about the lecture is that different types of creative expressions of black culture (that has mostly been ignored) were discussed and explained. When you are told that a writer is going to held a lecture, you expect to hear, of course, a lot about literature. However, Renard Allen left it somewhat in the background. His main goal was to present black culture as a whole, as something that needs further discussion. Presenting famous personas such as Eddie Murphy or Richard Prior to exemplify how hard was to introduce “blackness” into mainstream media -not just some time ago, but now as well-, just proves his point: if you are black you have to work twice as hard to get the same recognition as a white person. 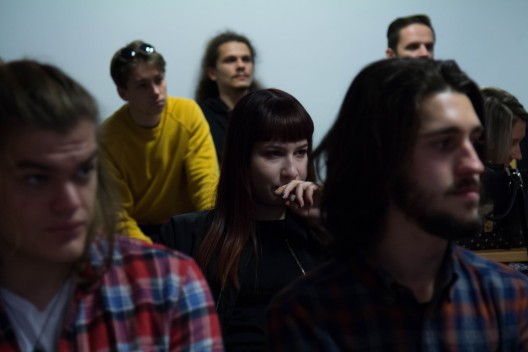 Music was the guiding thread of “Distortion: The Other Magical Realism”, especially jazz, one of the main expressions of black culture. For some African Americans, jazz has drawn attention to African-American contributions to culture and history, for others, jazz is a reminder of “an oppressive and racist society and restrictions on their artistic visions”. What we all can agree on is that jazz is “a montage of the changing culture”.

Jazz is characterized by its swing and blues notes, its call and response vocals, its polyrhythms and improvisation. It is hard to define because it contains many subgenres, but it also presents a few guidelines that allow people to recognize it is, indeed, jazz what they are hearing. Renard Allen emphasized the importance of that improvisation not only in jazz. Because no matter wheter it is a painter, a writer or a musician we are talking about, they should all have the capacity to accomodate to the different changes their society presents. Furthermore, they should be able to contribute to that changes. Even if an artists focus themself in a particular genre, following somewhat its guidelines, they need to show some uniqueness to stand out. And, as a writer himself, that’s something Renard Allen considers essential.

Nowadays, politics are including racist, sexist, homophobic and bigotred ideas at an alarming rate in their speeches. The american author put USA in the spotlight and talked about how it’s been that way since the beginning. Since the Founding Fathrers, USA has patted itself on the back for being a land of opportunities and freedom when in reality it isn’t so. Social issues such as racial profiling, racial disparity in sentencing, higher rates of poverty and suicides among young people, lower access to health care and institutional racism in general are important to the African-American community. While the divide on racial and fiscal issues has remained consistently wide for decades, seemingly indicating a wide social divide, african americans tend to hold the same optimism and concern for America as any other ethnic group. 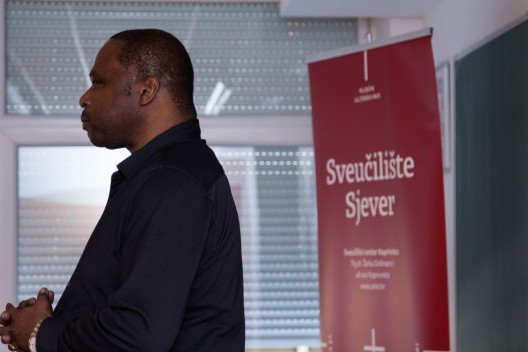 These political and social sentiments have been expressed through hip-hop culture, including graffiti, break-dancing, rapping, and more. This cultural movement makes statements about historical, as well as present-day, topics; like street culture and incarceration, and oftentimes expresses a call for change. Hip hop artists play a prominent role in activism and fighting social injustices, and have a cultural role in defining and reflecting on political and social issues, -like Kendrick Lamar with his song Alright (2015).

These days, thankfully, “good art exists outside of racial dictates” is somewhat a chant that is spreading. However, the contradiction it bestows is inevitable if we consider that good quality art is constantly released from its limits and restrictions, no matter how hard the environment in which it has been created. Therefore, black art is not different from other types of art, although it is impossible to deny the usually difficult position of the African-American community. This means that black art must go beyond the adversities to which it belongs, to a dimension in which misfortune is translated into images that contain it but that are not allowed to be dominate by it. It is very difficult to achieve, but at this point there is a tradition in which modernism has been transformed by black interpretations – the achievement of Romare Bearden – resulting in an art that is familiar to anyone who knows that culture but also transcends with respect to the conventional achievements that preceded it.

Renard Allen talked about the notion of “African-American identity” and interrogated the dialectics of inclusion and exclusion, the (in)visibility and representation both inside and outside the African-American community. This constant questioning and deconstructing of definitions and categories, calling out beliefs and prejudices, is also discussed by so many influential figures all around the world, and it does not stop generating some controversy among some people. In fact, many of those people seem to suggest “the black identity is this: the neighborhood, the friends, the women, the hip-hop, the slang, the struggle against power”, and think that they get it. Nonetheless, that claim is one-dimensional and an uncritical perspective regarding class and gender relations: people usually attribute “the voice” of the mainstream African-American culture to the hetero-normative voice of a middle-class black man who follows those standards, and even if  it still makes them unconfortable, it’s manageable. 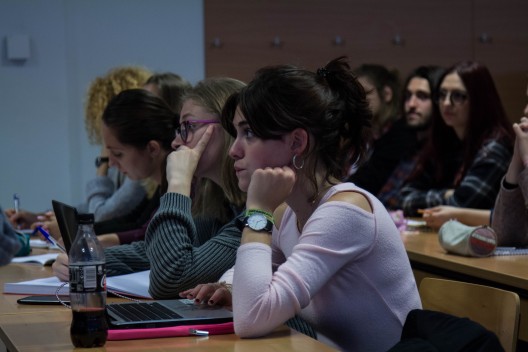 We have an obligation with opressed groups, we have to grant them the voice that we ourselves took from them once upon a time if we want to progress as society. The world is constantly changing and we have to remind ourselves that there’s more to it than our personal experiences or beliefs. Art is a magnificent vehicle to share those experiences, and if we allow different personas to share their views -people of color, lgtb people, disabled people, poor people, women- we could start to grasp what is like for them. And try to make their existence easier.

In conclussion, all universities should held lectures like this more often. We have to start somewhere. 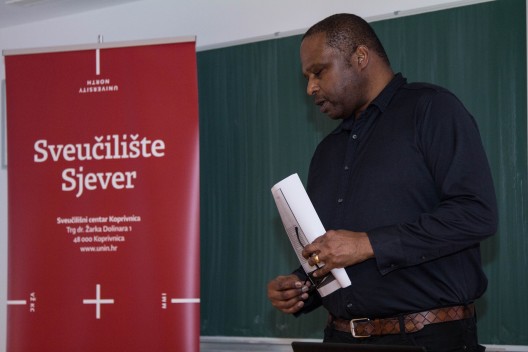